A father said to his daughter, “You have graduated with honors, here is a car I bought
many years ago. It is pretty old now. But before I give it to you, take it to the used car lot
downtown and tell them I want to sell it and see how much they offer you for it.”

The daughter went to the used car lot, returned to her father, and said, “They offered me
$1,000 because they said it looks pretty worn out.”

“Okay,” the father said. “Now take it to the pawnshop.”

The daughter went to the pawnshop, returned to her father, and said, "The pawnshop
offered only $100 because it is an old car.”

“I see,” the father said. “Now go to the car club and show them the car. Come back
and tell me what they say."

The daughter then took the car to the club, returned, and told her father, "Some people
in the club offered me $100,000 for it because it’s a Nissan Skyline R34. They said it's
an iconic car and sought by many collectors.”

The father listened for a moment and then spoke.

“The right place values you the right way,” he said.

"If you are not valued, do not be angry, it only means you are in the wrong place. Those who know your value are those who appreciate you. Never stay in a place where no one sees your value.” 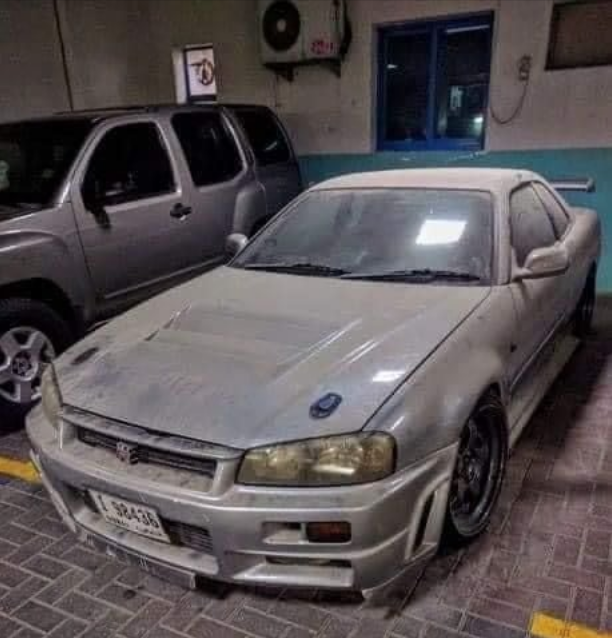 This Nissan Skyline R34 is worth $100,000 to the right buyer, but to the uneducated eye, it looks like a piece of junk.  The value is hidden in plain sight...visible only to the buyer who sees the gem underneath the dust.

The same may be true in your business.  You may have gems you're trying to sell to
the wrong buyer in the wrong market.

Find your market and you have taken a big step toward success.  Leaders who
embed Leadership Glue into their businesses see a path forward toward offering the right product to the right market at the right time with an irresistible offer.

I help business owners understand their markets, their products, and their people.

PS >> Learn more about Leadership Glue: for Business Owners and Leaders who want to be the Glue in their business but don't want to get stuck in the daily grind.

There are no comments yet. Be the first one to leave a comment!